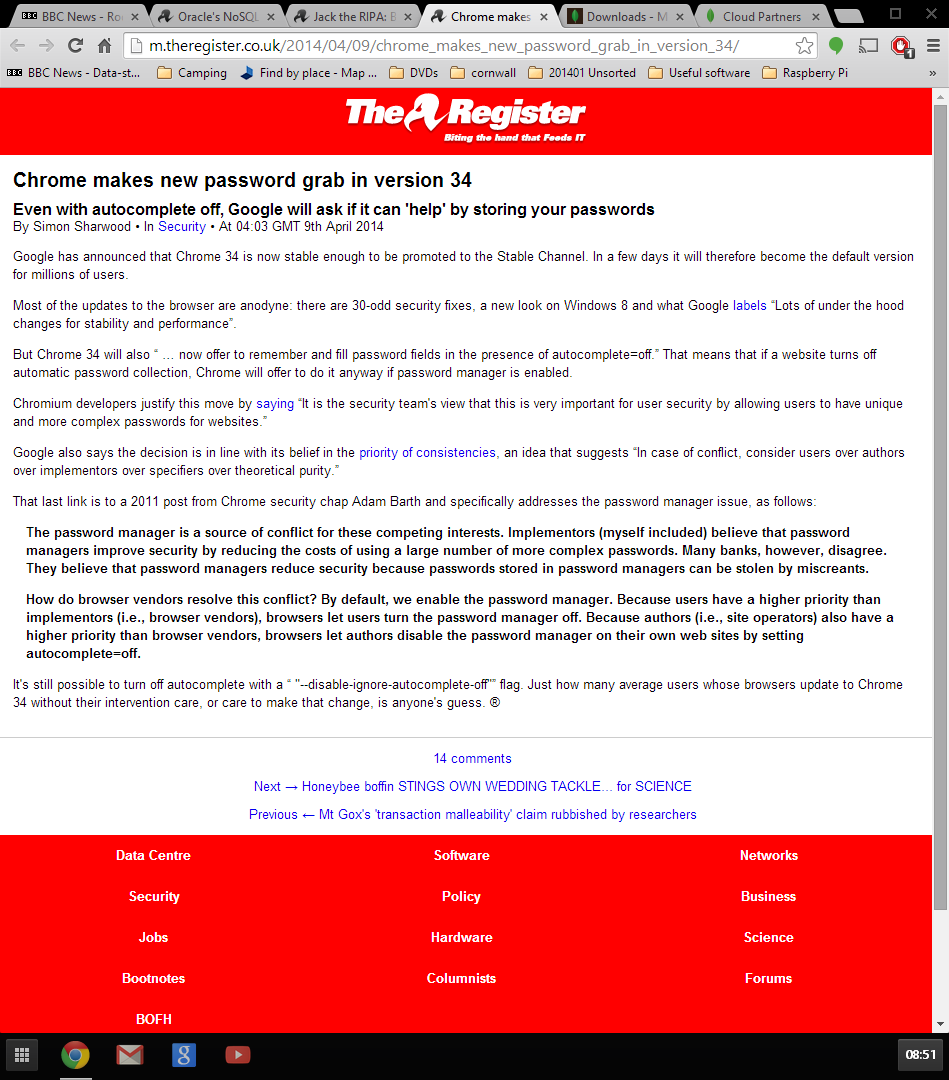 If you switch Chrome to “Windows 8 Mode” it creates its own little environment, complete with draggable windows, a task bar and a clock. It looks like a complete little operating system. (I’ve never used Chrome OS – but the screenshots look familiar).

This seems utterly daft to me.

Windows 8 mode services a very specific purpose. It’s full- or split-screen apps with no sense of windows. Think of them as panels. This approach – whether we enjoy it or not – is supposed to be consistent.

Chrome comes in, adds its own layer, and confuses the heck out of anybody who happens to click the wrong button. Am I still in Windows? Where have all my programs gone? Why is something different here? Anyone who has helped friends and colleagues with basic computer needs will know that the simplest change -Â the tiniest disruption – can cause users to lose their bearings.

For what it’s worth I don’t necessarily appreciate Windows 8 Mode either – I find the whole thing a half-way compromise between tablet and desktop that fails both sides. A dichotomy of inconsistent metaphors and actions. It’s a mess, but the last thing we surely want is another company (Google) throwing things even further off kilter.

As a proposition, I quite like the idea of Chrome OS, but as a separate choice only. Chrome in Windows 8 Mode appears to fail to appreciate the good things that Windows 8 Mode brings (yes, there are good bits) and wilfully catapults its users into a confusing, inconsistent environment. It reaks of the 90s trend of building apps with their own confusing controls and windowsÂ just because we can – although I suspect Google genuinely has long-term plans for what it’s doing here.