Just over two years ago, a number of food sources were found to be using horse meat in some of their products, usually substituting more expensive beef. This affected both small and large retailers alike. There’s plentyÂ to read about the ‘horsemeat scandal’ on the BBC Website.

As far as I can tell, there are two key objections. First,Â about theÂ deception itself – we expect beef in beefburgers. Second, about the choice of replacement -Â we simply don’t eat horse in the UK, it’s just wrong.

It’s this latter part that got me intrigued. WhyÂ don’t we eat horse in the UK? What’s so repulsive about the idea?

Amongst my group of friends (myself included) a new response emerged from the scandal:Â Actually I’d quite like to try horse – see what all the fuss is about.

In Europe,Â the BelgiansÂ are the biggest consumers of horsemeat according to Eurostat. Italy and the Netherlands are roughly equal second eating around a kilo per person per year. Typically,Â the average French person eats less than half of this. 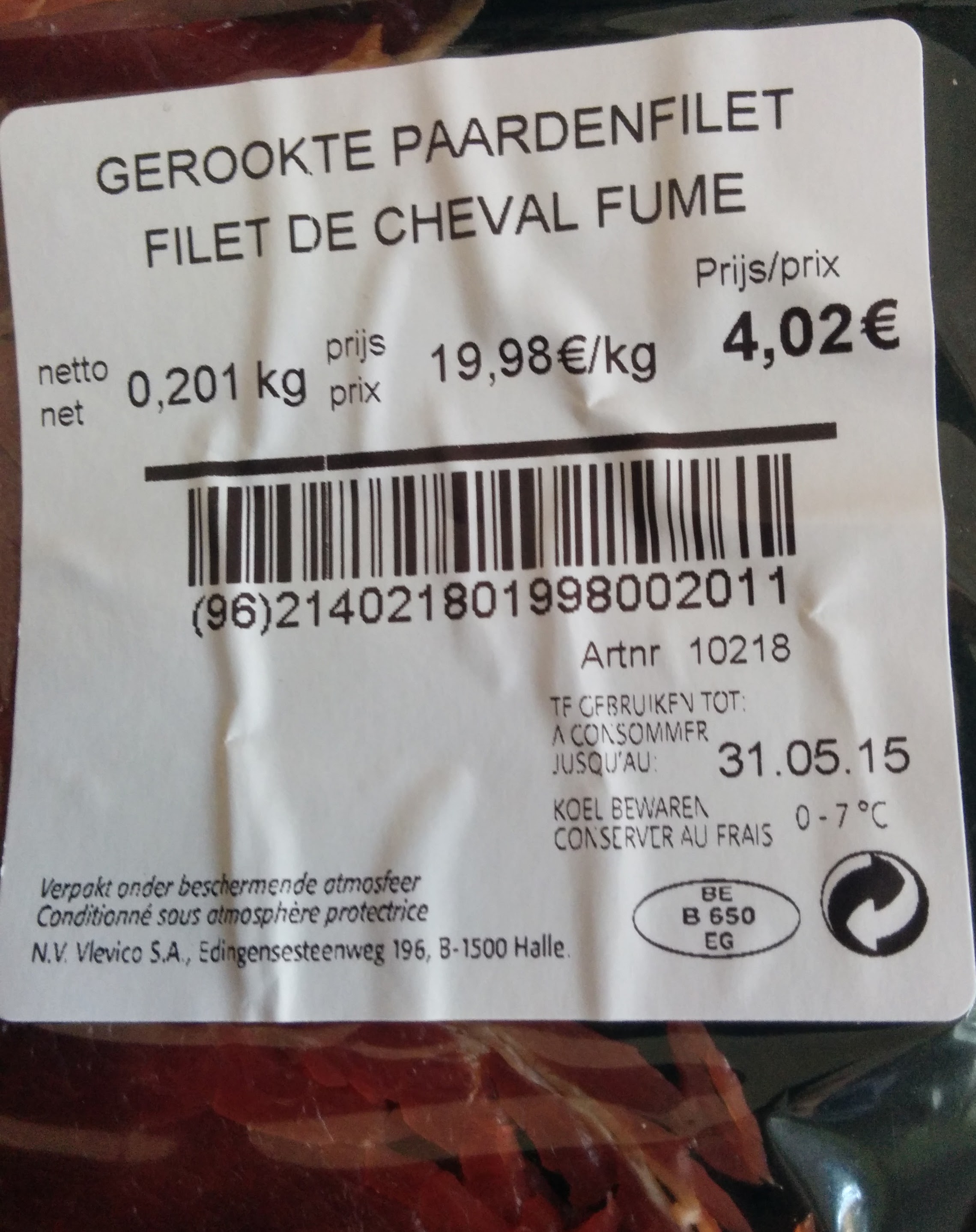 This roughly tallies with my experience of shopping for the stuff:Â paardenvleesÂ andÂ viandeÂ de cheval for Dutch- and French-speaking areas respectively. Finding it in northern France was rather tricky (we eventually found steak in a largeÂ Carrefour supermarket), whereas it was easily found inÂ ColruytÂ (Belgian bulk supermarket) andÂ Albert HeijnÂ (Dutch; smaller supermarkets).

It can often be found smoked (key word gerookte in Dutch, orÂ fumÃ© in French) and ready to put in a sandwich or salad. The meat is also used in continental dishes (such as stews).

It’s frankly aÂ delicious alternative to beef and one I’d be happy to include more regularly in meals.

It could well be that British tastes make the widespread import/production of horse meat unlikely, but tastes do change. In the US it might prove to be an economical option. Our closer neighbours clearlyÂ have no issue with the meat, andÂ there are plenty of stockists willing to take a risk or two.

If we do see horse meat on the shelves in future, it will of course be correctly labelled and – one would hope -Â responsiblyÂ sourced. Rather than being an undesirable addition to our meals, it might well be a welcome one. I for one would be happy to buy it if that ever happened.