Last night, Google released an update to its Street View system to include new locations across the UK, Netherlands and other European countries.

My home city, Portsmouth, is not on there yet but Southampton is so, clicking through my old university stomping ground I came across this little treat: 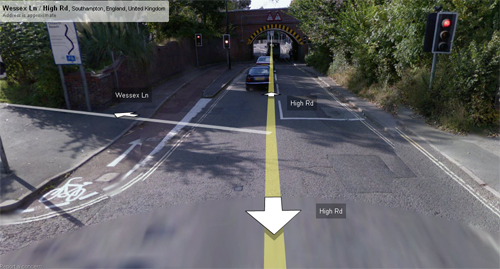 First shot: The Google Car may or may not have gone through the first red lights. Who knows… the lights ahead are already on amber. 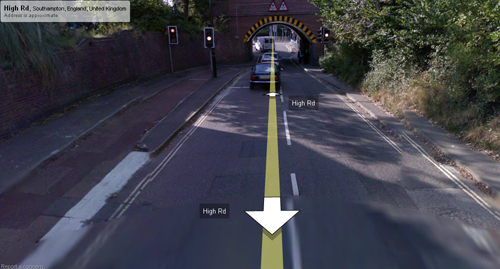 Second shot: Lights are still on amber. Technically you should be preparing to stop 😉 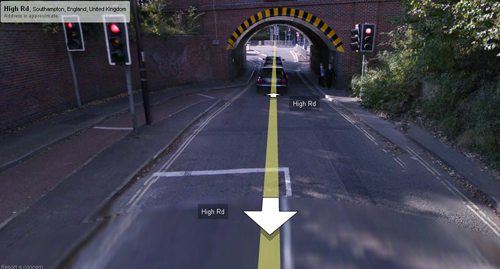 Third shot: They’re red. Is the driver still going? Watch the two cars in front – a white one and a dark blue one. Also, note the two schoolkids walking under the tunnel. 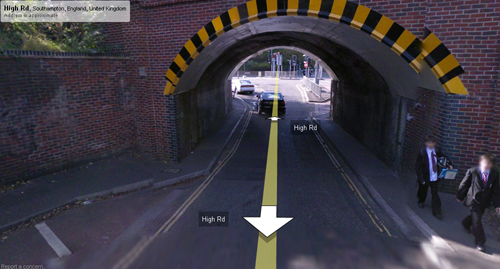 Fourth shot: The two cars ahead are further away – either they sped up or the driver is slowing down… maybe he stopped after all? Note the two kids are closer too, so it’s a continuous set of frames 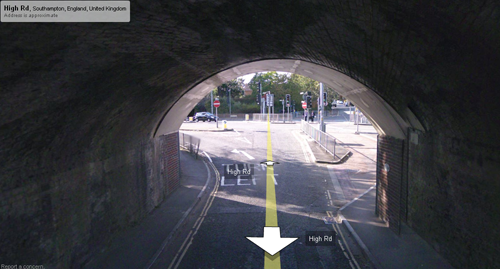 Fifth shot: The two cars are well away now, already around the left-hand bend. There’s no reason to believe from this particular shot that it’s a few seconds after the last – the driver might’ve waited for a green and gone a bit later, right? Well, take a look for yourself at the car behind the driver, and the two schoolkids will still be there. In the distance, cars are starting to come towards our fearless driver… 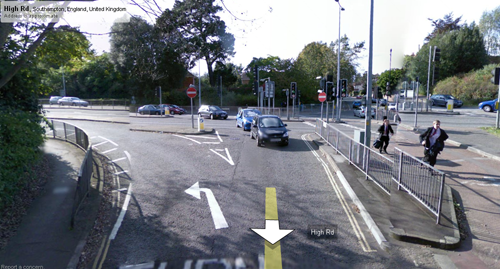 Final shot: there are more schoolkids running under the bridge, and the oncoming cars are now having to wait for our Google Driver to get out of the way!

Conclusion: well, none really. This is a pointless, but mildly satisfying discovery. Enjoy.